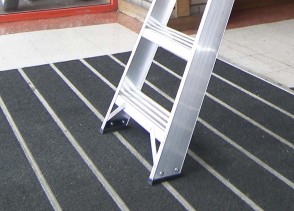 THE Ladder Association, the trade body representing the leading manufacturers, suppliers and ladder training companies in the UK, has strongly endorsed the warning about fake ladders broadcast in a recent episode of Fake Britain – the popular BBC series starring Matt Allwright that reveals the extent of counterfeit products in the UK.

The programme – first broadcast on 3 December – shows how even large, reputable wholesalers and suppliers can be duped into believing that the ladders and stepladders they are selling comply with all the relevant standards and are therefore safe and fit for purpose.

In one example, the bottom step of a stepladder purchased online buckles on first use, narrowly avoiding injury to its user. “I could have broken my ankle and that would have been my livelihood gone,” explains its self-employed owner.

The programme then goes on to highlight further examples of ladders claiming to meet specific standards, which, when independently tested by the British Standards Institution (BSI) at the request of Fake Britain, dramatically fail to do so.

Comments the Association’s technical manager, Don Aers: “The position of the Association regarding fakes is quite clear. As an organisation committed to safety and best practice – with specialist committees contributing to the development of the national and European ladder product standards at the very heart of this issue – we condemn any product that is misleadingly labelled and all the more so when it subsequently fails to meet the relevant standards when independently tested.”

“The European standard for ladders is EN 131, which is published in the UK as BS EN 131. There are also currently British standards, BS 2037 and BS1129 which set standards in the UK for heavy duty and domestic ladders and stepladders in both aluminium and timber. To be compliant, a ladder must meet all the applicable requirements of the relevant standard. If it fails to do so, it should not be offered for sale or purchased.”

“Wholesalers and retailers need to satisfy themselves that the ladders they are selling actually comply with the relevant product standard. The Ladder Association recommends that you ask the manufacturer or importer for a certificate of compliance from an accredited, independent third party test organisation. Not content with that, you should then check with the test organisation direct to check that the certificate is genuine. After all, lives could be at risk, let alone livelihoods.”

“But beware. If applicable requirements of the standard are shown on a test report as ’not tested’, then that could indicate that the ladder fails to meet the standard.”

“When selecting and buying a ladder, quality, reliability and safety should always be the priority. A ladder is a safety critical item and the risks associated with purchasing and using a deficient or unsafe product are potentially enormous, with far reaching consequences – not only for the user, but for everyone involved in the supply chain.”

“You should only buy ladders and stepladders produced by reputable manufacturers and sold by experienced, knowledgeable suppliers. As you would expect, all Ladder Association manufacturing members are required to operate an ISO quality management system and to have product certification to a relevant ladder standard from an accredited, independent third party testing house.”

For more information about the work and role of the Association, the new Advocate Scheme and the safety resources available – including the Ladder Association’s Code of Practice – please visit www.ladderassociation.org.uk

To watch episode 9 of series 6 of Fake Britain, click here. 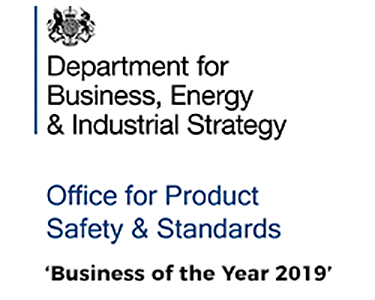